A little history:  Starting in 2004 and for the first eight years, we hosted a Fall tournament.  Starting in 2012, we started hosting a Spring and Fall tournament.  We’ve had from 100-150 competitors and up to 400 in total attendance.  2014 we started with the crowning of a NWFL Champion.  We had special guest with Mr Martin Kove.  We first started talking to Mr Kove (aka Sensei John Krease from Karate Kid) in January 2014 and was able to iron out the specifics by April 2014 for him to attend the 2014 Northwest Florida Championships for the October 18!

For 2015, we hosted two tournaments to get us on track to basically follow the school calendar.  At the prodding of Mr Ferguson, we contacted Master Joe Poff and asked permission to use the name that he and his wife (Master Terri Poff) used for many, many years with Gulf Coast Martial Arts Championships.  And we’re pleased that it was granted for us to use the name!  So from Hub City Invitational to Northwest Florida Championships to Gulf Coast Martial Art Championships! 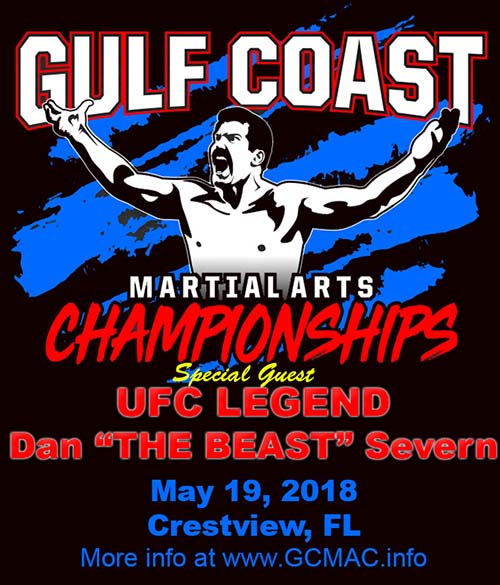 Michael DePasquale Jr from “The Operative” from May 20, 2017